11 Terrific Things to Do in Belém, Lisbon 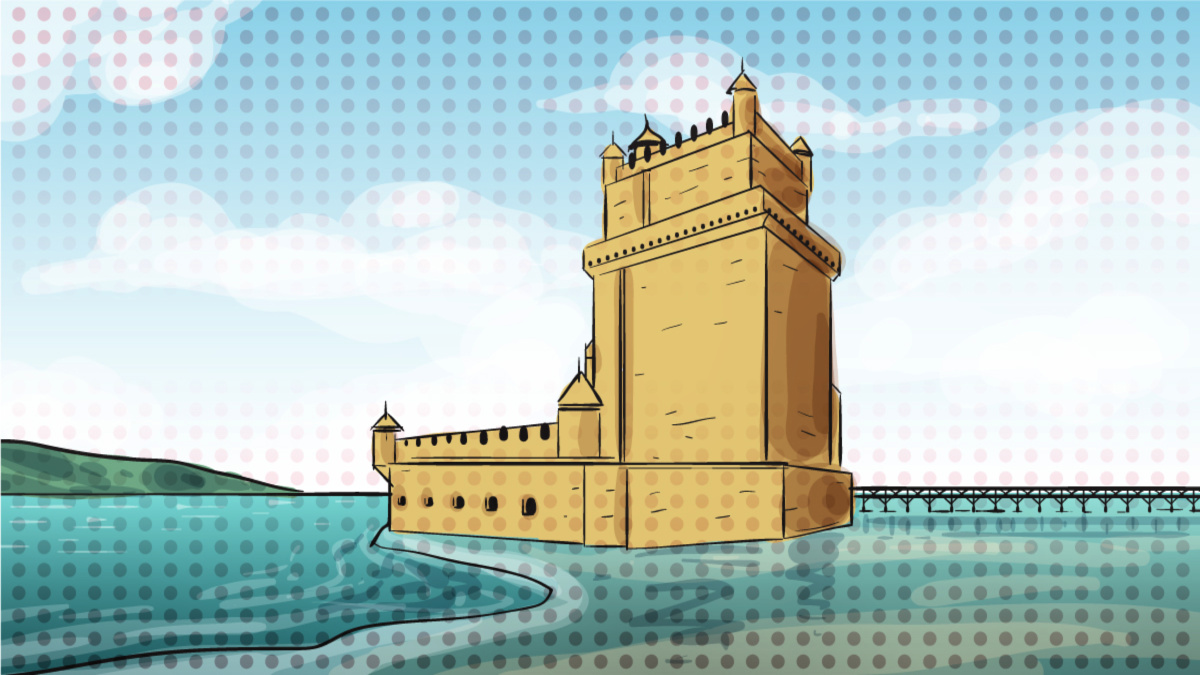 I’d been wanting to visit Lisbon for ages, and was thrilled when the opportunity presented itself to go for a long weekend.

It’s such a beautiful and diverse city with so much history and culture to soak in.

One of my favorite afternoons last year in Lisbon was spent wandering around the charming neighborhood of Belém.

My ex and I went specifically to try the world-famous Pastéis de Belém, a version of Portugal’s famous egg custard pastries.

Let me tell you, they didn’t disappoint, my mouth is watering just thinking about them.

Trust me when I say they are well worth !

If you’re a foodie, you’ve got to take a morning or afternoon out of your trip to come here and try these pastries.

Then after you get fix, hit up a few of the spots on this list of the best things to do in Belém.

I’ve even outlined answers to some of the questions I’m sure you have about Belém, including how to get there from central Lisbon.

Read on to find out everything you need to know to plan your visit.

Is Belém worth visiting?

Yes, it’s absolutely worth visiting Belém. You’ll want to plan at least a half day, or even a whole day, to explore the area. Don’t miss out on seeing Belém Tower and Jerónimos Monastery, which make up one of Portugal’s World Heritage Sites.

How much time do you need in Belém, Lison?

You’ll want to plan at least a half day, or even a whole day, to explore the area. Maybe even two days if you want to hit up all the museums in Belém.

What is Belém Portugal known for?

This district is famous for its museums, Belém Palace, plus Belém Tower and Jerónimos Monastery, which make up one of Portugal’s World Heritage Sites.

Check out this fun walking tour of Belém so you don’t miss anything!

How to Get to Belém From Lisbon

The easiest way to get from Central Lisbon to Belém is to hop in an Uber. It costs about 15 euro and takes roughly 15 to 20 minutes depending on traffic.

You can also take the number 15 tram for about 4 euro. It leaves from Praça da Figueira and passes through the Praça do Comércio. This option also takes roughly 15 minutes.

The other option is to hop on the train from Cais do Sodré station to Belém. You’ll be let off about 10 minutes from Jerónimos Monastery, and about 20 minutes from Belém Tower.

The Best Things to Do in Belém

Also known as The Tower of Saint Vincent, Torre de Belém is one of the most famous sights in the area, as well as a UNESCO World Heritage Site.

Built in the early 1500s, it’s a ceremonial gateway to Lisbon, and celebrates Vasco de Gama’s original expedition, which led to a popular trade route between Portugal and India.

This little castle in the water almost feels like something out of a fairytale, and is absolutely a place you’ll want to take photos in front of.

You can even go inside, though I didn’t get a chance to see the interior, as they already sold out for the day.

There’s lots to do nearby, including a small park and cafe, which offers beautiful views of the water.

Though, I’d recommend sticking to drinks only at the cafe, as my ex and I both came down with food poisoning after eating there.

2. Check Out the Crown Jewels at Ajuda Palace

Who doesn’t love strolling around an old palace?

You’ll love wandering around the opulent rooms, marveling at the crown jewels, and gazing at the old-school architecture of this 19th century castle.

The best part is you can tour Ajuda Palace in roughly an hour.

Fun Fact: The President of the Republic still holds the most important state ceremonies here.

This famous monastery is another UNESCO World Heritage Site, and a must-see while you’re in Belém.

Even if you aren’t typically into checking out churches on your travels, this place should be on your list.

Mosteiro dos Jerónimos has stunning gardens and fountains to enjoy when the weather is warm, and some seriously stunning and detailed architecture to check out.

The lines get long, especially during peak seasons, so book tickets early to save yourself some time.

Book tickets today so you don’t miss your chance to see this UNESCO World Heritage Site!

While you’re in the neighborhood, try their famous Pastéis de Belém. They are easily some of the best pastries in Portugal.

Between tourist and local consumption, it’s believed that they sell 20,000 of these little treats per day.

Don’t mistake these for the country’s famous Pastéis de Nata, which is similar, but not exactly the same.

Pastéis de Belém began in 1837, when the monastery shutdown during the 1820 Liberal Revolution.

Since the monks were out of the job, they began selling sweets, like their famous Pastéis de Belém; their recipe for these egg custard tarts is still a secret to this day, which is why Pastéis de Nata will never measure up to Pastéis de Belém.

Fair warning, this place is always packed, though I’ve heard you can sometimes get served quicker if you sit in the restaurant, instead of lining up for takeaway.

5. Catch a Performance at The Centro Cultural de Belém

As a lover of the arts, I can’t believe I didn’t have time to check out The Belém Cultural Center on my last trip to Lisbon.

It’s the largest conference and cultural center in Portugal, so you know they’re bound to have something interesting playing while you’re in town.

While entry into the building is free, exhibitions, performances, and the museum all charge for entry.

Keep an eye on their website for the most current performance schedule.

My local friend said she recently attended a symphony performance of Brahms here that blew her away.

6. Wander Around the Navy Museum

The Museu de Marinha is a must-see for anyone who’s into naval history or ships.

You’ll learn all about Portugal’s growth as a naval power, see tons of vintage submarines and ships, plus lots of old navigation equipment.

This place was pretty low on my to-do list while in Lisbon, so I haven’t been yet.

Though if this is the stuff you’re into, I’ve heard excellent things about it from locals.

7. See the Age of Discovery Landmark

While you’re there, you might as well swing by Lisbon’s Age of Discovery monument in Belém.

If you go to the top of Padrão dos Descobrimentos, it’s got a magnificent view of Belém and the Tagus River.

You’ll also get a beautiful view of the compass mosaic at the bottom of the statue, which was given to Portugal by the Republic of South Africa.

Truthfully, this is a bit of a problematic statue, but some people find it impressive regardless of its history.

It honors the life and work of Henry the Navigator, a ​​Portuguese prince who set out to change the world.

Starting in 1415, he began commissioning expeditions from Lisbon to convert others to Christianity, while also discovering the Azores, Cape Verde, and Madeira.

However, by 1444, his idea of converting meant claiming foreign lands and bringing back slaves to Portugal.

This problematic statue only portrays the prince (who rarely left Portugal), his sailors, and influential people to Portugal’s 100 years of exploration, and fails to show the slaves they forced onboard.

MAAT is home to an amazing rooftop, plus tons of contemporary art, impressive architecture, and even a climate change calculator that tells you roughly what your carbon footprint is.

It’s a fairly small museum, so it won’t take ages to get through, as long as you book your entry early, as lines can get long.

Don’t miss checking out the portion that’s inside an old power plant. It’s especially cool to wander around.

9. Sail Down the Tagus

One thing I’m most looking forward to doing on my next visit to Lisbon is heading to Belém to take a boat ride on the Tagus.

Unfortunately, my ex had an issue with motion sickness, so it was out of the question the last time I was in town (which is fair).

That didn’t stop me from jealously watching all the people who were sailing around the Tagus while we sat at a cafe and had lunch.

It looks so beautiful and romantic to take a boat here, especially around sunset.

If you have the time, book yourself a boat ride. I’m sure it’s incredible!

10. Stroll Around the Contemporary Art Museum

Head inside the Centro Cultural de Belém to find Lisbon’s Contemporary Art Museum, which replaced The Bernardo Museum in January 2023.

I haven’t been yet, but have been told that it’s fantastic by one of my local friends.

She really loves that there’s just one direct pathway through the entire museum, so you’ll see everything on display.

Since it’s inside Lisbon’s largest conference and cultural center, it’s a great place to check out before catching a performance.

11. Visit the National Museum of Coaches

Okay, I know some of you are thinking, why would I want to look at a museum of old carriages, but trust me, this place is cool.

In fact, The National Museum of Coaches is one of the most popular museums in Lisbon.

You’ll want at least two hours to check out all the carriages, which are seriously ornate works of art!

Oh, and they also have some cool vintage cars on display.

Plus, there are tons of plaques and interactive touch screens that take you through the history.

I hope this list has you excited for your trip to Lisbon, and has convinced you to add an afternoon in Belém.

Let me know in the comments below what you’re most looking forward to checking out! 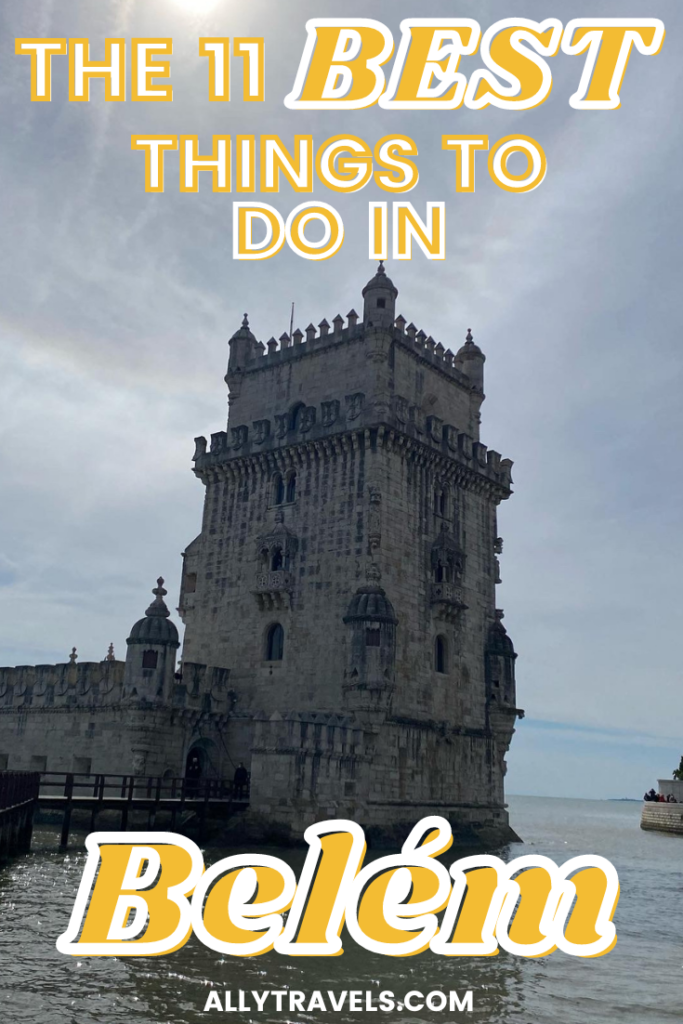