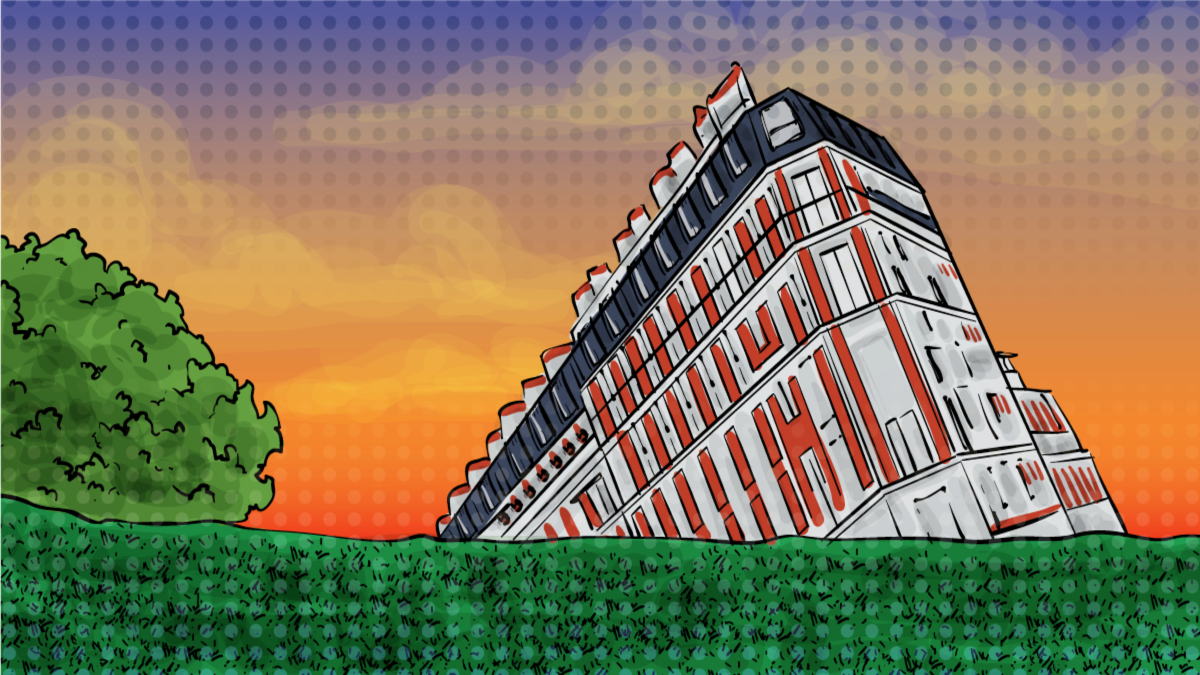 One of my favorite things about Paris is that there’s a surprise around every corner.

In fact, I found one of my favorite hidden gems in Paris, Passage des Panoramas, while I was totally lost looking for the restaurant I was meeting my friend at.

Now, every time I’m in town, I give myself hours to just walk around exploring different neighborhoods.

Over the years, I’ve stumbled upon so many cool places in the city, like special streets, artwork, restaurants, and even a jazz club.

If you’re looking for the best hidden gems in Paris, I’ve got you covered. Just read on to find out all you need to know!

Chances are, this colorful block in the 12th arrondissement will have you itching to take a cute Insta photo.

With its cobblestone, rainbow of colored townhouses, and many plants, you’ll likely feel as if you’ve magically appeared along Portobello Road in London.

While you’re wandering around, keep an eye out for plaques showing how high the Seine rose during the 1910 floods.

The Museum of Magic is home to tons of old artifacts used for illusion and magic, plus lots of animatronic dolls that I’m sure would have been very magical back in the day.

It’s a fairly small place, but perfect for a family outing.

There’s a bunch of interactive “push the button” type of displays, and even a magic show at the end.

Head to the Zadkine Museum to check out this famous Russian sculpture works, then book it to the stunning courtyard to hang out.

This place is off-the-radar to most tourists, meaning it’s a relaxing and less crowded museum to check out while you’re in town.

Plus, the best part is that admission is free, unless there’s a temporary special event or exhibit happening.

4. Visit the House of Nicolas Flamel

Okay, I know this just caught your eye if you’re a Harry Potter fan.

I assumed all the characters weren’t real, but it turns out Nicolas Flamel was actually a real alchemist that lived in Paris!

While you’re in town, swing by Maison Nicolas Flamel to check out the oldest stone house in Paris (1407), where Mr. Flamel is meant to have done his work on alchemy.

The exterior remains the same as it would have been back in the day, when people actually believed Flamel had discovered the Philosopher’s Stone.

Also known as Little Belt, this walkway is easiest to access at the Villa du Bel Air near Porte de Vincennes.

Full disclaimer, this is a stroll that’s still on my Parisian bucket list, but I’m hoping to cross it off next summer.

6. Browse The National Library of France

If you’re super into books, or just looking for a place to sit and get caught up on some work, The Bibliothèque nationale de France is the place for you.

The library goes all the way back to the 14th century and holds over 12 million books!

Keep an eye out for special exhibitions, as they have a few throughout the year.

7. Explore the Hidden Passages of Paris

Did you know Paris has a bunch of hidden galleries throughout the city?

These are the ones you shouldn’t miss:

Chances are you’ve seen “the sinking house” on Instagram over the years, so now that you’re in Paris, you might as well see it.

To see it, head to Montmartre on the hill that Sacré-Cœur is on, and go to the grassy nook to the right of the church.

You’ll see the building, then you’ll need to tilt your camera until you make the hill look even in order to make the house appear to sink.

It’s way less impressive in person, but hey, at least you’ll have a more unique shot to post compared to your friends who only post Eiffel Tower photos.

Head to this hip and less touristy neighborhood in the 10th arrondissement for a relaxing day of wandering around charming streets, checking out bistros, and hopping on a cruise down the canal.

During the summer they offer kayak rentals, or hang out in their Paris Plages area (basically the city makes little beach-like areas along the rivers).

It’s so heavenly when the weather is warm, and also an adorable area for a picnic by the water.

Did you know there’s a secret apartment at the top of the Eiffel Tower?

Gustave Eiffel built a special apartment at the top of the tower where he would entertain the most brilliant minds of the time.

Back in the day, it was one of the hottest places in Paris to score an invite to. Eiffel supposedly turned down small fortunes in order to keep this place private.

Lucky for you, these days, all you need to do is book a tour to take a glimpse into what is likely the most coveted apartment in Paris.

This is one of the oldest streets in Paris and has tons of cute markets, boutiques, cafes, and restaurants.

I love coming here to shop for picnic supplies, since this street has some amazing specialty shops.

If you’re there on either a Wednesday, Friday, or Sunday morning, stop by the Marché Monge.

They’ve got tons of delicious wines, cheeses, fruits, and more, that are all perfect for stocking up on in order to have a picnic.

Fun Fact: Since Baron Haussmann didn’t include this neighborhood in development plan, it’s got a more medieval feel and original architecture than most places in Paris.

Everyone comes to Paris to see Notre Dame and Sacre Coeur, but people rarely talk about La Sainte Chapelle.

While you’re inside, check out the stained glass windows. They’re from the 15th century and totally stunning.

Head to Bercy Village in the 12th arrondissement the next time you’re looking to do some shopping.

It’s an adorable shopping area in Paris near Gare de Lyon with about 40 different storefronts ranging from Sephora to Maje and Fragonard.

There’s also a cinema, and a few restaurants, including a Five Guys if you’re looking for a bit of classic American fast food.

14. Stroll Through the Palais Royal Gardens

A post shared by A Day In Provence |Tara Bailie (@adayinprovence)

If you’re looking for something free to do the next time the weather is nice, head to the Palais Royal Gardens.

They date back to the 16th century, and contains over 500 trees, a bunch of statues, and a beautiful fountain.

Bring a book or coffee and just sit and relax a bit between stops in your site seeing itinerary.

Fun Fact: It’s the only garden in the city that’s classified as an “extraordinary garden” by the French Ministry of Culture.

15. Enjoy the View on the Balcony at Musee D’Orsay

One of my favorite under-the-radar views in Paris is from the balcony on the top floor of Musee D’Orsay.

It’s absolutely gorgeous when the weather is nice, and you can see the Seine, The Louvre, and up to Montmartre.

Just keep an eye out when you’re on the top floor for the cafe, and you’ll see the entrance to the balcony nearby.

Since Paris is ridiculously chic, it’s no wonder they’d have a fabulous public pool inside an amazing art déco building from the 1930s, complete with a glass roof.

This place would be great for IG photos if you catch it when it’s not busy.

Fair warning, it’s closed for renovations until 2023, so double check their website before showing up.

17. Visit the Grand Mosque of Paris

Looking for a relaxing afternoon after a crazy few days of running around seeing the sites?

Head to the Grand Mosque of Paris in the Latin Quarter for their hammam experience.

After the spa, head to the garden for a bit of mint tea before you head back out into the chaos of the city.

Full disclaimer, this is something that’s been on my Parisian bucket list fora while now, since I always seem to have somewhere to be every time I’m in town, but I’ve heard wonderful things from locals.

Anyone who’s looking for original art in Paris needs to swing by 59 Rivoli.

Basically, it’s a giant creative space, with free entry, and tons of artists displaying their work.

It’s also a killer location for a little Instagram photoshoot.

Also, you should bring cash if you’re thinking of making a purchase to take home.

At this point between being featured on Emily in Paris, and touring major cities in the US, I think everyone has at least heard of the Van Gogh digital immersive light show, Starry Night.

Atelier Des Lumières is the group who created it.

In fact, they’ve created lots of impressive installations each year since opening in 2018.

Who knows, maybe you’ll see the next world-wide sensation before all your friends at home.

While you’re in Montmartre visiting Sacre Coeur, don’t miss out on taking a stroll down Rue de l’Abreuvoir.

Chances are, you’ll recognize it as the location of a photoshoot in Emily in Paris.

You’ll also spot Insta-famous Maison Rose along this street, so have your camera ready to go!

Yes, you read that right, there’s a vineyard in Paris.

Unfortunately, the vineyard is closed to the public, but the area around it has tons of flowers, and you’ll still get some cool shoots of the vines through the gate.

A post shared by Welcome to the Street (@welcometothestreet1)

Le Gare is the coolest under-the-radar jazz club in Paris.

You’ll find it in a former train station in the 19th arrondissement.

They have free music every night of the week, making it the perfect choice for a romantic budget date night.

I hope you’ve found the perfect under-the-radar spots to check out while you’re exploring Paris.

After writing this, I cannot wait to get back to the city of lights to explore more.

Let me know in the comments if you find a cool hidden gem in Paris that you think deserves a spot on the list! 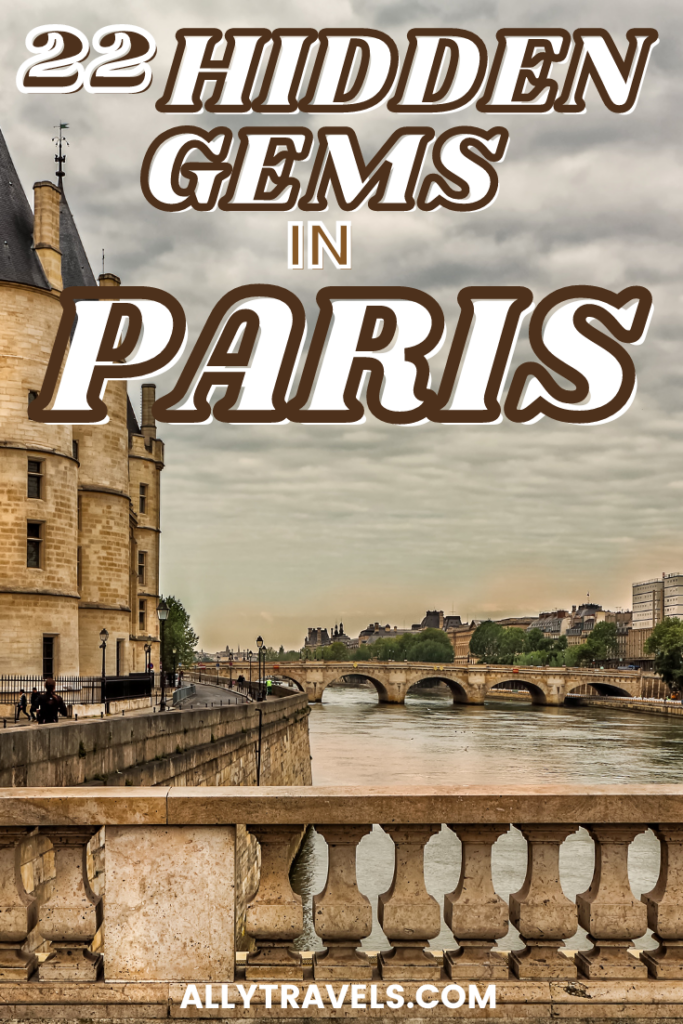